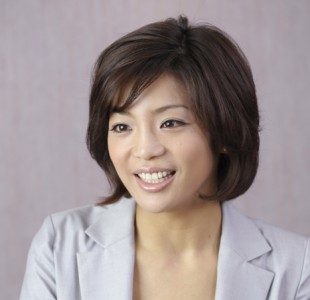 Aika Nanao is a Tokyo-based freelance journalist/columnist, presenter, and consultant. Her forte is Japanese diplomacy, politics, and economy. Using her extensive career in broadcast journalism, she gives consultation to global enterprises through an internationally renowned communications consultation firm on corporate crises and media strategy. As a writer, she contributes to Huffington Post Japan and Japan in Depth regularly, writing both in Japanese and English.

Previously she was a Tokyo correspondent for Bloomberg Television (international business TV news network catering to 300 million viewers worldwide) covering Japanese economy, politics, corporate and general news stories from Japan. She has also represented Bloomberg as the moderator for international financial events such as the IMF’s discussion panels on Japanese economy. She was also Bloomberg’s window to Japanese affiliate TV stations such as BS Fuji and TBS, reporting financial and market news daily in Japanese.

As a broadcast journalist, Aika has worked both in TV and radio. She started her career as the presenter of Tokyo FM’s breakfast radio show, after working as an intern for the U.S.P.R.’s business show “Market Place” Tokyo bureau.

Prior to joining Bloomberg TV, she was an anchor for one of Japan’s largest TV networks, Nippon Television’s nightly news. She has also served as a general assignment reporter for NTV before becoming their anchor, covering wide range of topics, from natural disasters to financial crisis.

Aika has travelled extensively in the greater Asian region covering international stories, including three trips to DPRK. She covered the six-party talks in Beijing regarding the North Korean nuclear test in 2007, New York Philharmonic Orchestra’s performance in Pyong-yang in 2008, flood damage in rural DPRK in 2007, and North Korea’s revenue generating operation in Malaysia through its state-run businesses in Malaysia in 2009.

Aika has covered major international events held in the region; G-8 Summit in Hokkaido in 2008 in which she broke India’s stance on the greenhouse gas reduction target prior to the release of joint statement.

She also has an extensive experience in disaster coverage including hurricanes and earthquakes.

Aika graduated from the University of Tokyo, majoring in American Studies. She studied abroad in Chile’s Universidad Catolica as an exchange student. She was born in D.C., brought up in Switzerland, Korea, Japan, and the U.S. She speaks Japanese, Spanish and French.